“Rough winds do shake the darling buds of May” (William Shakespeare)

A lot can happen in a month! Since this time last month, the RBA has cut the cash rate to 1.25% ending the longest (32 months) run of stability in the cash rate that Australia has ever seen, a largely unforeseen election outcome has resulted in a Coalition majority and Ash Barty has won the French Open, becoming the first Australian in 46 years to triumph on the clay courts of Roland Garros.

The RBA decision to cut cash rates was on the whole anticipated, citing employment market conditions, a desire to achieve its inflation target over the medium term and following downward revisions to GDP economic growth forecasts (reduced in May from a prior RBA target of 3% to 2.75%) and consumption indices. Many economists are forecasting more cuts and some the possibility of formal quantitative easing.

Policymakers are hoping that this provides a fillip to the economy and boosts consumption – which has recently come under increasing pressure through a number of factors including weak wage growth, falling house prices and high household indebtedness – rather than being squirreled away in savings. There are some positive signs – the election results appear to have generated a confidence boost to housing market sentiment given the threat of revised capital gains tax and cessation of negative gearing has receded; moreover upcoming Federal income tax cuts are anticipated eagerly by many. Additionally, there do appear to be early signs of reversal away from the recent contraction in credit availability; explicit political overtures to banks to lend to consumers and business, Government stimuli (eg in the form of the Australian Business Securitisation Fund with its mandate to improve access to capital for SME lenders) and other similar initiatives approaching deployment, APRA’s move away from the minimum interest rate used for assessing loan serviceability and the impending reduction to risk weighting of mortgages held by regional banks may all contribute in their own way to easing credit availability, which will be welcomed.

So what does this mean for Australian private debt? In our view the supply/demand credit imbalance still persists and we are seeing significant potential opportunities for investment in quality Australian private debt assets. Although there are signs of slowing economic growth, asset performance continues to be largely very robust and in line with expectations, albeit with small but increasing performance differentiation as a function of lender quality.

With volatility in global markets fuelled by continued trade war brinkmanship, broader geopolitical challenges and distortionary monetary policy offshore (perhaps the ‘rough winds’ as contemplated by Shakespeare?) having knock-on effects to equity returns, the case for private debt as a key part of a balanced portfolio in our view remains compelling.

Like all investments, the Fund involves a level of risk. Before deciding to invest, investors should read the Information Memorandum. This website contains general information only and has not been prepared having regard to your investment objectives, financial situation or specific needs. You should carefully consider your personal circumstances (including financial and taxation issues) and seek advice from a suitably qualified professional before deciding to invest in the Fund. We do not guarantee the performance or success of the Fund and you may lose some or all of the capital invested. Past performance is not a reliable indicator of future performance. Financial Express (FE Limited) undertakes investment ratings and fund research, The Manning Monthly Income Fund has received a 5 Crown Rating Since September 2019. More information can be found on their website at financialexpress.net. Ratings and research reports provided by EvergreenRatings Pty Ltd (ABN 91 463 905 257, Authorised Rep No001283552) are limited to “General Advice”, do not taking into account any individual investor’s objectives, financial situation or needs and are based solely on the assessment of the investment merits of the financial product. They are not a specific recommendation to purchase, sell or hold the relevant product(s) and do not have regard to the particular circumstances or needs of any specific person who may read them. Individual investors should seek their own independent financial advice before making an investment decision. No part of any research report is a solicitation to buy or sell any investment. Research reports are prepared exclusively for clients of Evergreen Ratings and are only for the use of wholesale clients. They are current as at the date of their preparation and may be updated, replaced or withdrawn at any time. Past performance of a fund is not a reliable indicator of its future performance. 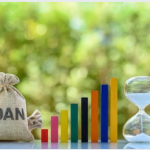