As a better-resourced ASIC ramps up its powers and willingness to use them, one of the targets in its sights are unregulated payday lenders. As recently reported in the press, ASIC are seeking to shut down the operations of 2 Gold Coast based payday lending operations[1] – a move welcomed by consumer advocacy groups.

Such lenders often lend small sums of money on a short term basis at extremely high implicit rates of interest (significantly higher than permitted under the National Credit Act) targeting vulnerable or financially unsophisticated consumers who are not easily able to access credit elsewhere. Under existing loopholes such as offering short term debt certain lenders can fall outside consumer protection mechanisms intended to ensure responsible lending practices are being followed. ASIC released a consultation paper (CP 316) on 9 July 2019 seeking to close these loopholes. Comments on ASIC’s proposals and potential courses of action are due from interested market participants by 30 July 2019.

Although this particular scrutiny is specifically targeted at unregulated short term lenders, given ASIC’s focus it is likely that there will be increased attention paid by consumer lenders in general as to whether their lending arrangements are compliant with all relevant legislation, which may lead to tightening of lending criteria, redesign of or reduced availability of products, and increased evidentiary and compliance requirements.

This move to tighten loopholes is welcomed by us here at Manning AM. Lenders who do not follow responsible lending protocols are not considered as suitable investment prospects for the Fund. Manning AM’s investment approach seeks to identify and screen out such lenders through its proprietary 10 step 100+ point due diligence process.

Whilst the number of unregulated payday lenders offering short term credit is extremely small in the context of the Australian lending market, in our view there is no place for business models based on lending to people who have no realistic ability to repay it, and on terms which are likely to exacerbate their difficult financial situation.

The lifespan of some such lenders in this space may now be numbered thanks to the ASIC spotlight – payback time has arrived for payday lenders. It is unlikely that they will be missed.

Like all investments, the Fund involves a level of risk. Before deciding to invest, investors should read the Information Memorandum. This website contains general information only and has not been prepared having regard to your investment objectives, financial situation or specific needs. You should carefully consider your personal circumstances (including financial and taxation issues) and seek advice from a suitably qualified professional before deciding to invest in the Fund. We do not guarantee the performance or success of the Fund and you may lose some or all of the capital invested. Past performance is not a reliable indicator of future performance. Financial Express (FE Limited) undertakes investment ratings and fund research, The Manning Monthly Income Fund has received a 5 Crown Rating Since September 2019. More information can be found on their website at financialexpress.net. Ratings and research reports provided by EvergreenRatings Pty Ltd (ABN 91 463 905 257, Authorised Rep No001283552) are limited to “General Advice”, do not taking into account any individual investor’s objectives, financial situation or needs and are based solely on the assessment of the investment merits of the financial product. They are not a specific recommendation to purchase, sell or hold the relevant product(s) and do not have regard to the particular circumstances or needs of any specific person who may read them. Individual investors should seek their own independent financial advice before making an investment decision. No part of any research report is a solicitation to buy or sell any investment. Research reports are prepared exclusively for clients of Evergreen Ratings and are only for the use of wholesale clients. They are current as at the date of their preparation and may be updated, replaced or withdrawn at any time. Past performance of a fund is not a reliable indicator of its future performance. 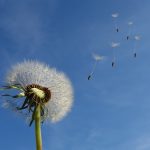 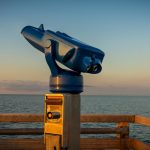